Facing the difficulties of tight time and high requirements at the construction site, our workers are not afraid of difficulties, they work day and night methodically, they come up with professional technology to solve problems and complete tasks within the prescribed time.

After the artist drew the shape of the lantern on the ground, the fitter and welder cut down each bar according to the design, bent it into the corresponding shape, and made every part of the animal, including the animal's fur. After welding these scattered parts, the animal's "framework" is formed.

Next, the artists began to "pack" the animal framework, patiently smoothing out every fold, and the snow-white polar bear was about to be born. The finishing touch is still in the hands of the artist, and the lifelike appearance is between touch-ups.

You can see the cute fat walruses, polar bear mothers and babies, nimble foxes, and funny narwhals. After the professional creation of the dragon workers, the reduction is accurate, and the animal lanterns are born, giving American customers satisfactory answers. 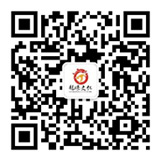